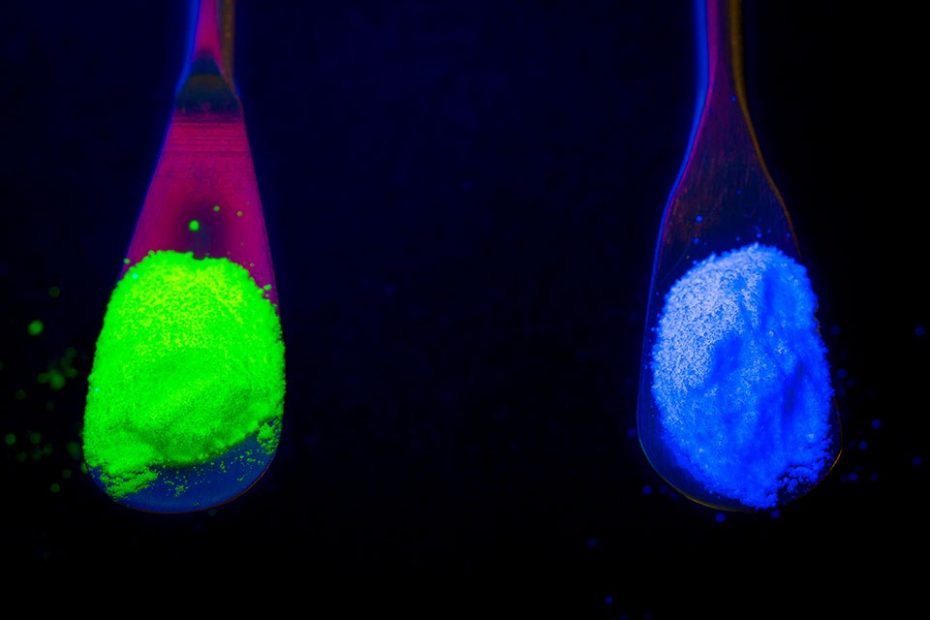 Phosphors are substances that emit light. They are crystalline powders that absorb the energy of blue or near ultraviolet light and emit light in the visible spectrum. The combination of multi-colored light creates white light. They are one of the key ingredients for creating white LEDs.

However, the phosphors used in many commercial white LEDs have a number of disadvantages. Many are made from rare earths, which are expensive, and some are difficult to make or have poor color quality.

Researchers at the University of California San Diego and Chonnam National University in Korea have discovered and developed a new phosphor that avoids these problems. It consists mainly of earth-rich elements (strontium, lithium, aluminum and oxygen). These LEDs display colors more vividly and accurately and can be produced commercially.

A new phosphor, Sr2LiAlO4 (SLAO), was discovered using a systematic high-performance computational approach developed in Shuya’s lab by Ping On, professor of nanoengineering at the University of California, San Diego. She’s team used supercomputers to predict SLAO, which is the first known material made from the elements strontium, lithium, aluminum and oxygen. The calculations also determine that this material will be stable and perform well as an LED phosphor. For example, it has been predicted to absorb light in the ultraviolet and blue regions, and has high photoluminescence, which is the ability of a material to emit light when excited by a light source with a higher energy. The recipe for its preparation was developed by the laboratory of Professor Joanna McKittrick from the University of California. They also confirmed the predicted light-absorbing and emitting properties of the new phosphor.

A team led by materials science professor Won Bin-im from the National Chonnam University in Korea optimized the phosphor recipe for industrial production and created white LED prototypes with the new phosphor. They rated the LEDs using the Color Rendering Index (CRI). This is a scale that rates the accuracy of displaying colors from a light source from 0 to 100. Many commercial LEDs have CRI values around 80. LEDs made with the new phosphor have produced CRI values in excess of 90.

An example of color reproduction with a different index

Thanks to the computational approach developed by Ona team, the discovery of the phosphor took only three months, a short time compared to years of trial and error experiments that are normally required to discover a new material.

In their study, Ona team first compiled a list of the most frequently occurring elements in known phosphor materials. To the researchers’ surprise, they found that there are no known materials containing a combination of strontium, lithium, aluminum and oxygen, which are four common phosphor elements. Using a data mining algorithm, they created new phosphor candidates containing these elements and performed a series of primary calculations to predict which one would perform well as a phosphor. Out of 918 candidates, SLAO became the lead material. It is stable and exhibits excellent photoluminescent properties.

The main limitation of a phosphor is its non-ideal quantum efficiency – how efficiently it converts incoming light into light of a different color – about 32%. However, the researchers note that it retains more than 88% of its output at typical LED operating temperatures. Now the task of scientists is to optimize the material to increase quantum efficiency.

Based on an article from the Internet edition of LED Professional